Since I consciously perceived a light being for the first time at the age of two and a half, these heavenly helpers have been as present to me as people or animals, plants and stones.
Angels, light beings, power animals, fairies and elves, and whatever the many types of celestial beings are called, can be found everywhere. I was playing in the sandbox, looking up. And there was a very large being standing next to the garage, looking kindly at me.

Our eyes met and I felt a wave of love, compassion and understanding. Enthusiastically, I jumped up and ran to my parents, who were having afternoon coffee and eating cake on the terrace. They followed me and listened in amazement to my excited narration. But when they arrived at my sandbox, the light being had disappeared. It had appeared only for me. And it changed my thinking and feeling for all time.

Cats and many small children perceive light beings. House gremlins like to play with cats, who often get annoyed when the gremlins disappear through a wall and are too fast for the cat’s paw.

For over 30 years I have been guiding those who feel a similar longing for the closeness of light beings as I do, to them and explaining how best to establish contact and cultivate relationships with angels, deities, power animals and other inhabitants of the heavenly planes.

“What about the evil angels, the devil and hell?”

One question I am always asked is, “And what about the evil angels? With the demons? With the devils? With hell.” That’s what the churches tell us about. That’s why millions of people were tortured, imprisoned and cruelly killed over the centuries.

Of course, I have also dealt with this subject in detail. And what I was told by my friends, the light beings about these matters, coincides with my personal experiences:

There are no “negative” light beings.

There are no fallen angels, and the devil with his hosts of demons is historically an invention of church politics, as far as I could form my opinion. Since my first contact with the heavenly beings, I have never perceived an “evil light being” or heard about it from the angels who are so kind to advise me from time to time.

However, in the decades of my spiritual counseling practice, I met a lot of people who attributed the responsibility for their lives – and what went wrong in them – to “evil angels,” demons and devils.

Light beings have tremendous energy work abilities compared to the average human. Humans get these abilities, albeit to a much lesser extent, when they set out on the path to their soul, the Divine Light within them.

This spiritual path takes many years and it requires great effort to walk it against the resistance of the ego and its fears.

It is your decision!

People decide to act good or evil. They follow their soul and thus the love or the ego and thus the fear. If there would be the devil, he would have retired probably long voluntarily, because so many people, out of the free will, do so much cruel, heartless.

For centuries, people have been persuaded by the churches that they must be afraid of the devil and hell and that whoever joins the church is saved. Provided that he does everything that the church prescribes. But as is generally known, a lot of things went and still go wrong in the churches. Crusades, witch hunts, torture, support of dictators, child abuse in the millions – all this can be read in history books. And in the current daily press.

For many people the stay in church institutions was hell .- and not salvation. Anyway, I come to the conclusion when I read the many non-fiction books on the subject.

With hell and the devil many people were made afraid. With this, many were motivated to become members of the churches. With the devil and the hell over centuries eagerly politics was made.

Perhaps it would be time, so it seems to me, to seek direct contact with the light beings. To be filled and enveloped by their love. To be provided with their advice to bring the divine order back to earth and to make this beautiful planet a paradise for ALL beings. And not out of fear of a hell invented for power-political reasons, with devils to support institutions that do and have done cruel and inhuman things here on earth, as many reports seem to suggest.

Just ask your guardian angel to contact you in your sleep before you go to sleep. This has already convinced many people how good and right and healing it is to make contact with the light beings, to invite them into daily life.

Then we bring heaven to earth – and stop creating a hell for each other.

A beautiful thought, I think. 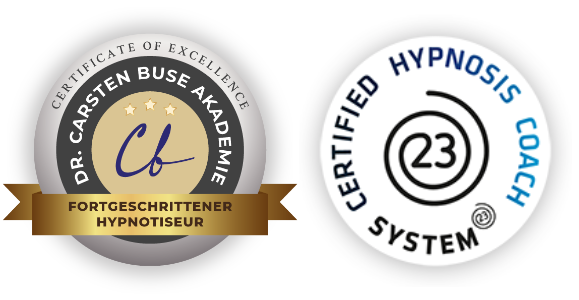